While your goal may be hiking the Long Trail, there are many other attractions in Vermont.  You may want to take some time before, after or during your hike to explore the many treasures in the Green Mountain State.  Here is just a short list of some of the attractions which are close to the Long Trail.  I hope you come to enjoy, as much as I do, all that Vermont has to offer.

1. The other famous “Long Trail” in Vermont, is, of course, the Long Trail Brewery Company.  This company is only the tip of the brewery “iceberg” in Vermont.  For being a small state, there is an overwhelming number of craft and microbreweries to explore.  Most town stops or road crossings will lead you to one of these gems.  Just east of Lincoln Gap is Sugarbush Ski Resort which hosts a beer and music celebration which might be a nice break from the trail if it times nicely with your schedule.  Another option is the Vermont Brewers Fest which takes place in Burlington along Lake Champlain in July.

Here is a list of some of the craft breweries near the trail.  Feel free to contact them to learn more about hours/tours/etc. 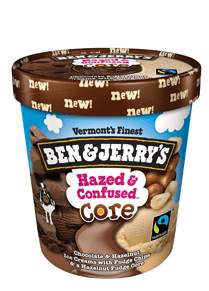 2.  What long distance hiker doesn’t want ice cream?  Well, you’re in luck, because the Ben & Jerry’s Ice Cream factory is just down the road from the Long Trail in Waterbury, VT.  Take a quick 30 minute tour of their factory for just $4 and learn how the magic happens!  Of course, there is an ice cream stand at the factory, so you can enjoy your favorite flavor or experiment with something new.  Check out the Ben & Jerry’s website for hours of operation. (http://www.benjerry.com/about-us/factory-tours)

3. For the millions who grew up watching (and singing along with) The Sound of Music, you can treat yourself to a visit to the Trapp Family Lodge in Stowe.  You can chose to visit for the day, or stay at the lodge overnight.  There are a variety of activities year-round…there is even a Van Trapp Family History Tour!  Of course, if you just want to relax and enjoy the beautiful views, the Trapp Lodge Brewery is an ideal spot.  To get more information on activities and lodging rates, visit their website (http://www.trappfamily.com).

4. Burlington, Vermont’s largest city has many attractions, from the University of Vermont, to Lake Champlain, to Church Street vendors, to many interesting restaurants and food carts.  Burlington is a fun city to stroll through, with Church Street closed to vehicles, there are often street performers to entertain you as you munch down on some crepes or Chinese dumplings from the food carts.  Take a cruise of Lake Champlain and relax as you learn more about one of our “short-lived” Great Lakes.  Burlington also has a large weekly farmer’s market on Saturdays during the summer.  There are often festivals, concerts and other activities happening in and around Burlington.  You can check out the local tourism board’s website. (http://www.vermont.org/visitors)

5. For the fisherman, who happens to be hiking the Long Trail, there are many options for great fishing in Vermont.  Take an afternoon or several days to discover the beautiful waters in Vermont.  Whether you prefer lake fishing or stream fishing, there are many picturesque locations to chose from which are just a quick jaunt from the trail.

Here is a short list of some favorite fishing spots near the trail: